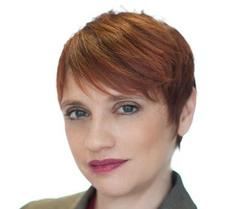 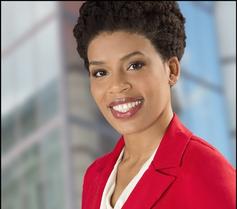 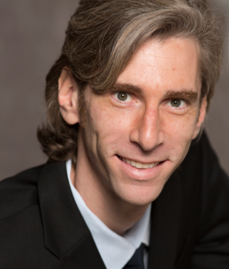 Josh Flanders has worked in the nonprofit industry for over 20 years as a founder, Executive Director, Development Director, and Board member. He holds a Masters from Northwestern University and a BA from University of Wisconsin-Madison.

Josh began his nonprofit career by founding the Chicago Institute for the Moving Image (CIMI) and the Festival for Cinema of the Deaf, the first of its kind, in 2000. During his career Josh oversaw development of film festivals throughout N. America, London, Moscow, Milan and Toronto. Josh has worked for world-renowned film festivals and nonprofits such as the Miami International Film Festival, Chicago International Children's Film Festival, Network for Teaching Entrepreneurship, and Guitars Over Guns. In these capacities he has worked with clients like AT&T, Chicago Community Trust, Disney, HBO, Hot Topic Foundation, JP Morgan, Knight Foundation, Lexus, MacArthur Foundation, MasterCard, Mercedes Benz, My Brother's Keeper Alliance, Northern Trust, Poetry Foundation, Polk Foundation, and dozens of others. In 2019, he joined Compass Pro Bono as a Project Lead & Project Advisor, inspiring business professionals to engage with their local nonprofits to transform communities.

Josh is a speaker and performer, as well as a graduate of comedy and music studies at The Second City Conservatory in Chicago. His theater and film criticism has been featured in the Chicago Reader, and he is a freelance writer for The Forward.

A nonprofit fundraising professional, Sheri is a member of Chicago Women in Philanthropy (CWIP) and was an Emerging Leaders mentee in the 2018-19 Women's Leadership Mentoring Program. During her tenure in a previous fundraising role at Lookingglass Theater, she increased the institutional portfolio by double-digits over the previous year, securing nationally competitive grants from funders such as the Natioinal Endowment for the Arts (NEA) and the Edgerton Foundation.

A member of the American Theater Critics Association, her writing as a journalist, humorist, film and theater critic, has been featured in publications such as McSweeney's, Chicago Defender, the Chicago Sun-Times, Chicago Reader, Rescripted, Performink, NewCity, Chicagoland Musical Theater, and Windy City Times. She was one of 53 writers chosen from across the globe who were invited to cover the 2020 & 2021 Sundance Film Festival as part of the Press Inclusion Initiative. She was recently featured on WTTW in the documentary Inventing Improv and has been a guest on Chicago Tonight.

A performer and public speaker in Chicago and beyond, Sheri is an instructor at the Second City Training Center in the improv and music departments. She has performed at the Engaging Women Conference, been a guest on Vocalo Radio's Morning AMp Council of Feminist Thought show, and was a panelist for the Inside Jokes Comedy Conference hosted by Women In Comedy, led Diversity, Equity, and Inclusion (DEI) workshops, and has appeared in numerous podcasts and panels addressing wide-ranging subjects including art, equity, and criticism. Sheri holds a BFA in Fashion Design and is represented by NV Talent.

She has worked for local dance companies such as Luna Negra and River North, and international retailers such as Perry Ellis and Claire's Boutique corporate offices. Her path into fashion design began after working for over a decade in retail management, leading staffs of 40+ employees at retailers such as Ann Taylor Loft.

Kimber Russell is an attorney specializing in employment discrimination and a 2008 graduate of DePaul University College of Law. Kimber is Vice-Chair of the Chicago Bar Association's Alliance for Women, and has served as co-chair of the Women's Bar Association's Marketing Committee, and a member of the Professional Women's Club of Chicago's Special Events Committee. As Social Media Manager for Kaplan Bar Review, Kimber created and implemented social media strategies across all active platforms for the company. As Discovery Consultant for BlueStar Case Solutions, Kimber also partnered with lawyers and law firms to enable them to navigate the increasingly complex world of electronic discovery.

Kimber is an improv comedian, trained at Second City and iO Chicago. She is a frequent speaker and presenter on subjects ranging from using improvisational techniques for corporate training, sales, innovation, networking, business development, and easing social anxiety.

Flanders Consulting is backed by a comprehensive team of web designers, lawyers, accountants, and business professionals to help execute any and all projects that an organization may choose to outsource.